Hey everyone! Today's update adds a new ideoligion setup screen with a variety of preset patterns for ideoligion generation. The idea is to avoid overwhelming the player with details if they just want to play.

We also added the ability to play the game with an ideology matching classic RimWorld. This is a good idea for the player's first few games as they get used to the game systems. 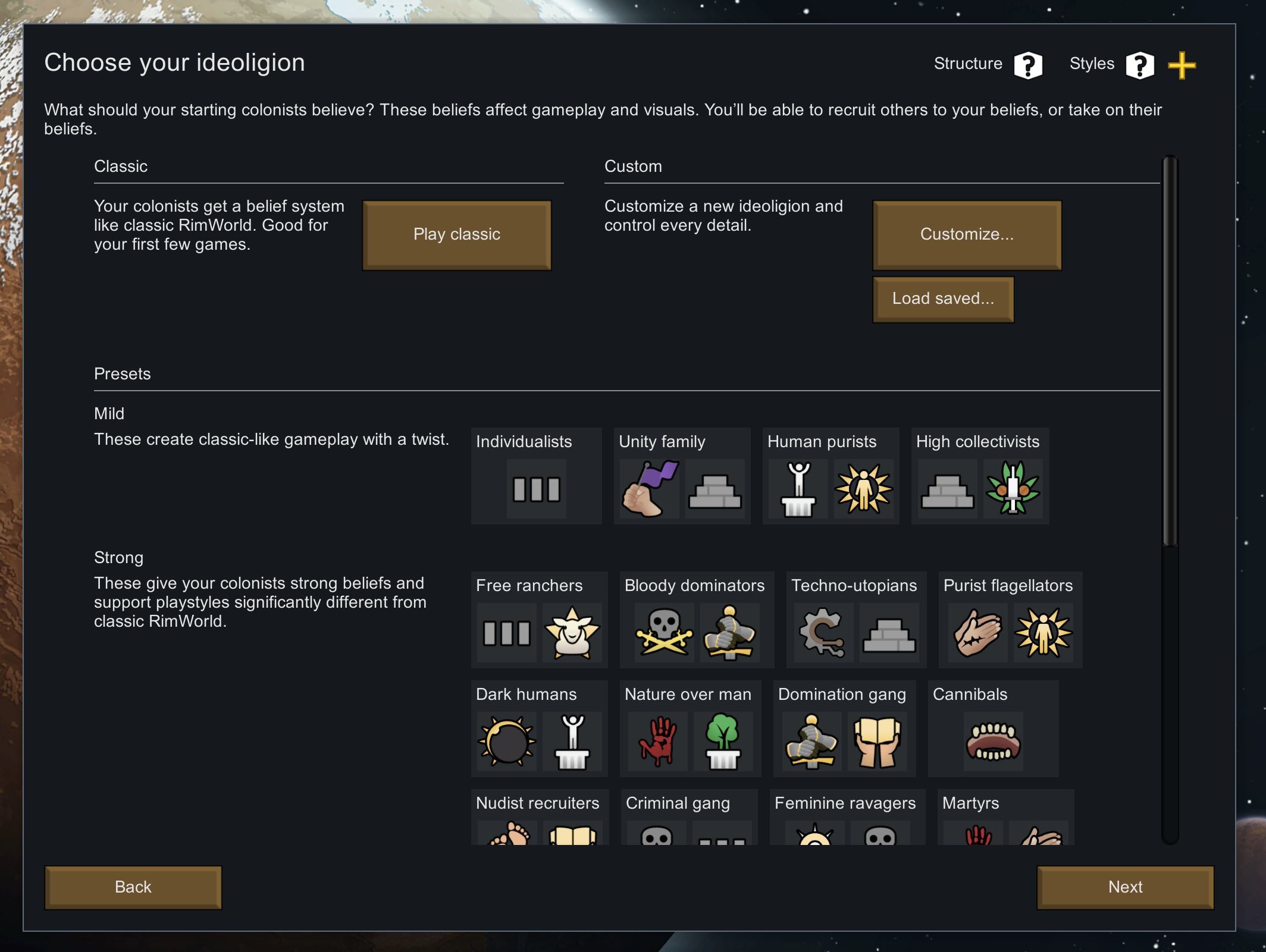 It is compatible with all saves and mods.

Thanks to everyone on the official dev Discord who helped us test this update! Anyone else who wants to help test is very welcome to come join.